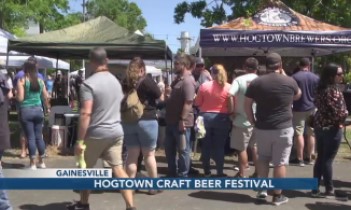 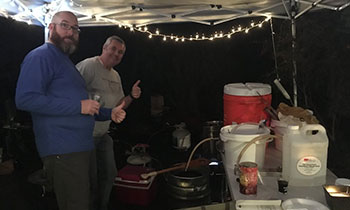 Moonlight Brew - Hogtown Brewers
BYO Magazine, May/June 2018 - "Have you ever brewed with the devil in the pale moonlight? Members of the Hogtown Brewers (the 2016 Radegast Homebrew Club of the Year) do it every year"
[Read More] 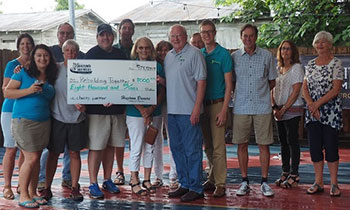 AHA Recognition of Recent Charity Donation by the Hogtown Brewers
HomebrewersAssociation.org, Aug 2017 - "HOME Magazine recently featured the 2016 AHA Radegast Club of the Year, the Hogtown Brewers, in a story on their website about the club’s donation to Rebuilding Together North Central Florida"
[Read More] 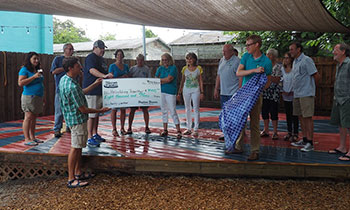 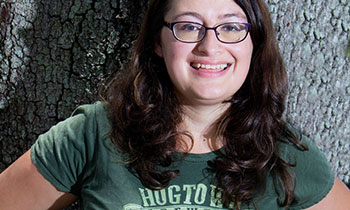 Women Who Brew
Home Magazine, Aug/Sept 2017 - "Terrie Vasilopoulos got into brewing almost a decade ago, and her love for craft beer and homebrewing has only grown"
[Read More] Ninety-Nine Bottles
Our Town Magazine (Gainesville), July/August 2017 - "Rothberg is an encyclopedia on the science behind brewing beer, which incorporates chemistry, physics, biology, and even some engineering."
[Read More] Hogtown Brewers like making, drinking beer — and charity
Gainesville Sun, July 19, 2016 - "The Hogtown Brewers, a 200-plus-member club of beer enthusiasts, makes an effort to give back to local organizations, and getting national recognition as a result."
[Read More] 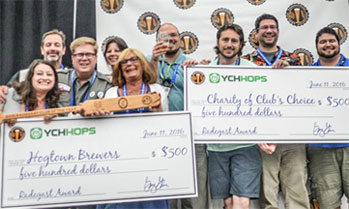 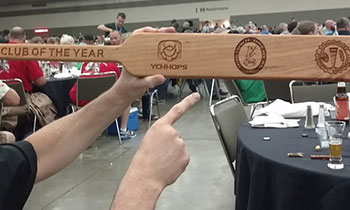